At Lake Shore, we are committed to our customers’ pursuit of science. Our entire organization takes that commitment very seriously. We know that the researchers and scientists using our products are working at the state-of-the-art in their respective fields, and they count on Lake Shore sensors, instruments, and system solutions to give them the highest degree of measurement performance. 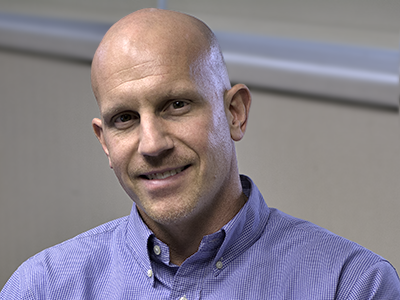 Scott Yano is a graduate of The Ohio State University, earning degrees in Electrical Engineering, a BSc in 1999 and an MSc in 2000. While at OSU, he was a member of the ElectroScience Laboratory, where his research was focused on the design and development of low-noise, high dynamic-range transceivers for investigating electromagnetic propagation.

Scott then spent two years in the wireless communication industry before joining the Davis Heart & Lung Research Institute of OSU, where he was a Senior Research Engineer involved in developing NMR and EPR magnetic resonance imaging systems. Specifically, he was responsible for the specification and design of novel systems for in-vivo imaging of cancerous tumors investigating free radical and oxygen content. These systems covered operational frequencies from just above DC to 10 GHz and used both electro- and superconducting magnets with fields ranging from a few hundred Gauss up to 8 T.

Scott joined Lake Shore in 2004, serving first as a Project Manager working on an SBIR Phase II contract to develop control instrumentation for the NASA Goddard Space Flight Center Advanced Adiabatic Demagnetization Refrigerator (A-ADR). In 2008, he was promoted to Engineering Product Manager for Lake Shore’s line of cryogenic probe stations, and in 2011, he also was given the responsibility of Project Manager for the development of a cost-effective THz-based characterization system for semiconductor materials research. In 2013, Scott was then promoted to Marketing Product Manager for all material characterization systems and later that same year, was appointed VP of Product Development, responsible for overseeing the activities for Lake Shore’s entire innovative product development group. In 2020, Scott was named Chief Technical Officer with the added responsibility of driving the corporate technology roadmap across the Lake Shore organization, including organic growth, partnering, and M&A strategy. In this capacity, he also serves as the company's liaison to quantum computing technology organizations, including the Chicago Quantum Exchange (CQE) and the Quantum Economic Development Consortium (QED-C).

Scott is a registered Professional Engineer (PE), a member of the IEEE Microwave Theory & Techniques Society (MTTS) and IEEE Magnetics Society, has 7 peer-reviewed publications to his credit, and holds 1 U.S. patent.