Much of my time is spent advising customers involved in low-temperature investigations of various materials. During these discussions, I often think back to my own time in the university lab, doing the work to get accurate measurements of superconductors and other materials. I also think about how far we’ve come since then, and I’m optimistic that, as we gain a better understanding of material properties and the technology improves, important scientific breakthroughs will occur in the coming years. 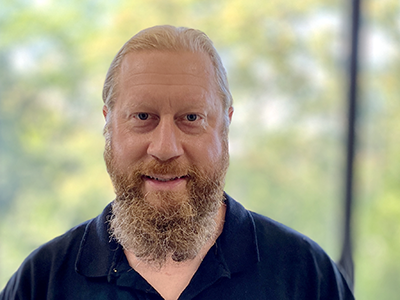 He also attended the University of Houston, where as a grad student was Research Assistant for Dr. Paul C. W. Chu shortly after the discovery of YBCO and learned most of his low-temperature skills in this group. As part of the High Pressure/Low Temperature Group, Dan conducted high pressure work using a diamond anvil cell at low temperatures and studied unconventional superconductivity in UBe13 using the very first Janis top-loading helium-3 system with a homemade AC susceptometer cell. He also ran simple I-V tests on HTc samples prepared using homemade dipsticks, performed magnetic characterization using a Quantum Design PPMS® and MPMS® and refurbished an Oxford Instruments Kelvinox® dilution refrigerator. Dr. Mikhail Tchernikov was Dan’s mentor for most of this work.

He then attended Penn State University, where he performed surface science using Auger spectroscopy and LEED instrumentation, also at low temperature in a UHV chamber with a Janis ST-400.

Dan joined Janis Research as a Sales Engineer in 2001. As a Senior Sales Engineer with Lake Shore Cryotronics, he provides technical analysis of customer applications and requirements, issuing quotes, and providing site preparation and equipment installation and operational guidance for end users.