When autocomplete results are available use up and down arrows to review and enter to select.
Home > Products > Magnetic products > Gaussmeters/Teslameters

What happened to "gaussmeter"?

We appreciate your patience while we rebuild our online shopping portal. Please contact us directly to place an order.

In 1992 Lake Shore made a splash in the magnetic measurement space with its first gaussmeter, the Model 450 single-axis gaussmeter.

In the decades since, Lake Shore has released 9 other gaussmeter models, ranging from battery-powered handhelds to full-rack multi-axis units. The word “gaussmeter” has been used to describe them all.

As units of magnetic flux density (B), gauss and tesla have long been used to characterize magnetic forces and are related to one another by a factor of 10,000:

The preference to use gauss stems from its relationship with magnetic field strength (H), which in cgs units is the oersted and has the extremely simple relationship of 1 gauss = 1 oersted in free space, which was much easier to work with than the 4π component in the SI conversion process.

However, cgs units have since been deprecated by SI units, with tesla now being the official worldwide unit for magnetic flux density. In the US, this was signed into law in 1998 and has since been codified by NIST Special Publication 1038.

Given Lake Shore’s dedication to advancing science, we felt it was time to shed the product name that ties us to an old measurement scheme and move to one that reflects the state of modern measurements. The confusing part may come from us leaving our previous generation of products as gaussmeters. Over time these instruments, along with their names will be retired, but until that happens we plan to continue referring to them with the names they were originally given.

We encourage everyone to begin transitioning to the use of “teslameter” to describe these products. However, we understand that old habits can be difficult to break, so we promise we can stay friends even if you use gaussmeter and teslameter interchangeably. Because in the end, it doesn’t matter what you call them, as long as they are a pleasure to use and allow you to take the measurements you need. 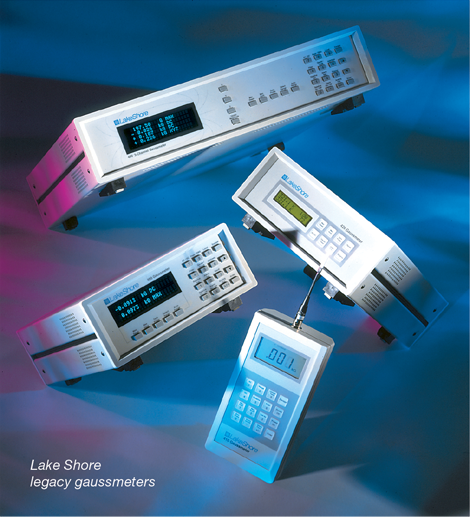