When autocomplete results are available use up and down arrows to review and enter to select.
HTMLPageTitle
CEC/ICMC talk to examine effects of high gamma radiation on Cernox® sensors
Lake Shore presenting data on radiation-induced calibration offsets as function of temperature, irradiation level 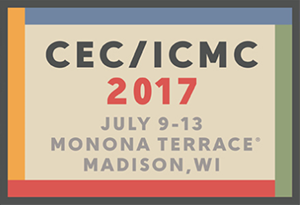 Lake Shore Cryotronics will be at next week’s CEC/ICMC (Cryogenic Engineering Conference/International Cryogenic Materials Conference) in Madison, WI, to present results from high-level gamma radiation tests performed on Cernox® sensors and to discuss the company’s range of cryogenic thermometry solutions.

Exposing cryogenic thermometry to high levels of gamma radiation is a concern in particle accelerator and other high-energy physics applications. In these applications, sensors used to monitor temperatures of superconducting magnets are invariably irradiated by leakage radiation, and the accumulated dose over the lifetime of the accelerator can be considerable. Lake Shore Senior Applications Scientist Dr. Scott Courts, during his talk at CEC/ICMC, will discuss the effects of such radiation levels on Cernox CX-1050-SD-HT and CX-1080-SD-HT samples. He specifically will present data on gamma radiation-induced calibration offsets as a function of both temperature and irradiation level, providing results of tests where the samples were subjected to gamma radiation doses from 10 kGy to 5,000 kGy.

Also at CEC/ICMC, Dr. Courts will be available along with Marshall Calhoun, Regional Sales Manager, at Booth 414 to answer questions about Lake Shore’s comprehensive line of products for cryogenic temperature measurement and control. These include the company’s:

For more about these products, as well as Lake Shore solutions for temperature-dependent material characterization and magnetic test and verification, visit www.lakeshore.com.