When autocomplete results are available use up and down arrows to review and enter to select.
We appreciate your patience while we rebuild our online shopping portal. Please contact us directly to place an order. 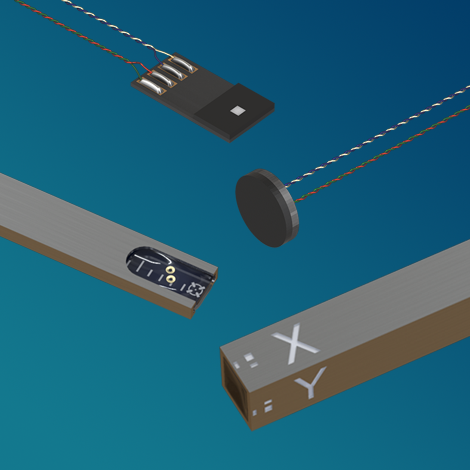 Due to the directional nature of magnetic fields, the positioning and orientation of the sensor are critical for accurate measurements. 2Dex sensors are offered in a range of packages and orientations to simplify the process of locating the sensor in just the right location. 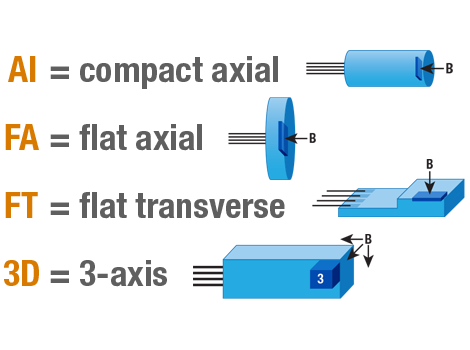 2Dex plug-and-play sensors connect directly to the F71/F41 teslameters, giving you the installation flexibility of a Hall sensor with the measurement simplicity and performance of a teslameter/probe combination.

2Dex Hall sensors have significantly smaller active areas than previous generation products. This results in improved spatial resolution and reduced signal averaging, useful when measuring fields close to a source where field gradients can be extreme.

Materials in 2Dex sensors have been selected to work at both cryogenic and elevated temperatures, resulting in sensors with extremely wide operating temperature ranges. These sensors have also been characterized over their full operating temperature range for variables such as sensitivity, resistance, offset voltages, and quantum oscillations. This provides sensors with predictable behavior for various scenarios, and when they are paired with an F71 or F41 teslameter, automatic compensation for these variables result in highly accurate measurements — even in extreme environments.