When autocomplete results are available use up and down arrows to review and enter to select.
HTMLPageTitle
Lake Shore to feature cryogenic instruments, sensors, and systems at LT27 conference 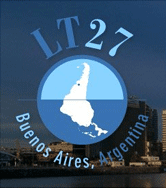 Lake Shore Cryotronics will be discussing its suite of cryogenic temperature instruments, sensors, and systems at the 27th International Conference on Low Temperature Physics (LT27), Aug. 6 –13 in Buenos Aires, Argentina.

The soon-to-be-released Model 372 AC resistance bridge features a dedicated input for continuous low temperature control and measurement to below 10 mK, and the Model 224 monitor offers high sensitivity and 12 independently configurable inputs for measurement down to 300 mK.

Lake Shore’s line of industry-leading temperature sensors includes Cernox™ thin-film RTD sensors, silicon diodes, germanium, and ruthenium oxide sensors, platinum RTDs, and other specialty sensors for use in environments from less than 20 mK to over 1,500 K.

Among the variety of materials characterization systems Lake Shore offers are:

The Low Temperature Physics Conference promotes the exchange of information and views among the members of the international scientific community in various areas of low temperature physics and features presentations by some of the highest representatives of the field.