When autocomplete results are available use up and down arrows to review and enter to select.
HTMLPageTitle
Lake Shore ICEC/ICMC exhibit to highlight cryogenic controllers, monitors, bridges 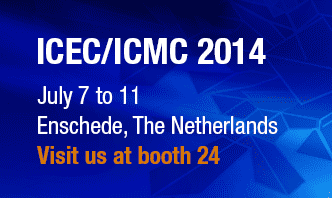 Lake Shore Cryotronics will be discussing its comprehensive line of cryogenic temperature instruments and sensors at the ICEC/ICMC conference, July 7–11, in Enschede, the Netherlands.

ICEC/ICMC focuses, in part, on instrumentation and process control for cryogenic engineering, cryocoolers, and low-temperature liquefaction systems. As such, Lake Shore’s exhibit will showcase solutions that support measurement of temperature at multiple critical points, including:

All of these instruments are optimized to work with Lake Shore’s industry-leading temperature sensors, which include Cernox thin-film RTD sensors and silicon diode, germanium, ruthenium oxide sensors, as well as platinum RTDs.