When autocomplete results are available use up and down arrows to review and enter to select.
HTMLPageTitle
Dr. David Daughton to speak on rugged THz photomixer package at International Conference on Infrared, Millimeter, and Terahertz Waves (IRMMW-THz)
Lake Shore developing a new THz system for characterization of chemical, electronic, and magnetic materials 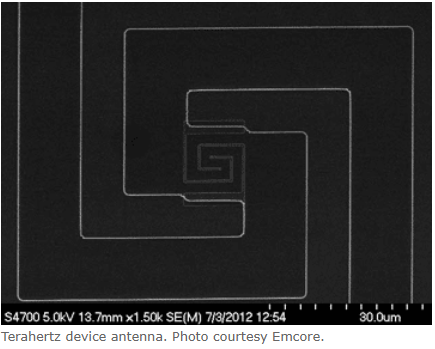 Lake Shore scientist Dr. David Daughton will be speaking about a rugged terahertz (THz) photomixer package specifically developed for cryogenic operation, at the International Conference on Infrared, Millimeter, and Terahertz Waves (IRMMW-THz). The conference will be held Sept. 23 to 28, 2012, in Wollongong, Australia.Dr. Daughton will present “Coherent THz spectroscopy with photomixers in cryogenic environments.” His presentation focuses on the development and testing of fiber-coupled, low temperature-grown gallium arsenide (LT-GaAs) photomixers designed for variable temperature THz spectroscopy. Lake Shore’s specially-designed terahertz photomixer packages reliably operate over a range of temperatures from 4 K to room temperature. The company is incorporating these devices into a new, non-contact characterization system that will enable scientists to better study novel semiconductors, unconventional spin materials, organic materials, and other electronic and magnetic materials with resonances in the THz regime.

The continuing demand for computing and communications devices with ever-higher levels of performance drives research of these novel and previously-unexplored materials. Interesting properties of these materials can be revealed under variable (and extreme) temperatures and magnetic fields, while simultaneously stimulating the material using terahertz frequency radiation. Terahertz is emerging as the new frontier for materials science, and reliable commercial measurement solutions using THz are become increasingly essential to this industry.  Supported in part by a grant from the State of Ohio, Lake Shore has been developing such a turn-key system for the past year, with plans to release it for sale in 2013.

At this upcoming conference, Dr. Daughton will discuss the characteristics of their compact THz photomixer emitter and detector devices when operated at cryogenic temperatures, including illumination and bias conditions for optimal THz performance.  He will also address Lake Shore’s overall application direction for its forthcoming THz-based materials characterization system.

Dr. Daughton received his Ph.D. from The Ohio State University for scanning tunneling and optical studies of carbon-based electronic materials. He joined Lake Shore in 2011 as an Applications Scientist to develop and support electronic and magnetic material characterization platforms.

Additionally, Lake Shore will be a Silver level sponsor for the 2012 conference.